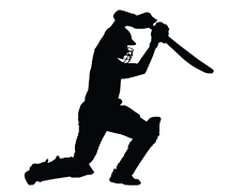 A lot of people like to poke fun at cricket. “It’s boring,” they say. “Nothing ever happens.” And that’s a forgiveable thing to think. After all, only the most dedicated cricket fans can sit through an entire five-day Test match and enjoy every minute of it. For the rest of us, betting on a cricket match is a great way to liven things up.

These days, more and more people are using cryptocurrencies like Bitcoin, Litecoin, Bcash and Ethereum to bet on cricket. This is because bitcoin is much faster then regular currency and can be used completely anonymously. If you frequently bet on cricket, visit our starters guide on cryptocurrency gambling.
Cricket Leagues

Cricket is popular in countries that were once part of the British Empire, specifically India, Pakistan, Sri Lanka, Australia, New Zealand, South Africa, Zimbabwe, the West Indies and, of course, England and Wales. The two most popular types of cricket are Test cricket, which lasts five days per match, and Twenty20 cricket, which only lasts a few hours. Then there’s one-day cricket (also known as limited overs cricket), which sits right between the two. Twenty20 is far and away the most popular format of cricket for domestic competition. Here is a list of the most watched Twenty20 cricket leagues from around the world:

Examples of widely-watched non-Twenty20 domestic cricket leagues are The County Championship in England and Wales and the One-Day Cup from Australia. However, if you’re looking for an explosive cricket match that’s ripe for betting on, Twenty20 is the way to go. This is because each side is limited to only twenty overs, which not only puts a cap on how long a match can go on for, but encourages teams to play much more aggressively than they would in a longer match.

Test matches and one-day matches are more common in international cricket. One Day International (ODI) cricket is the format used for the Cricket World Cup, which held every four years and next due to be held in England and Wales in 2019. Outside of the Cricket World Cup, countries regularly play Test series against each other which affect their ICC Test rankings. At the time of writing, India sits at the top of the ICC Test rankings, followed by South Africa and England. There’s also the Ashes, a Test series played between England and Australia at least once every four years. If all that sounds like too much of a slog for you, then there’s always the ICC World Twenty20, which takes place every two years.


Of course, you can also bet on how teams will fare in a league table or championship. Or you can make highly specific bets such as how many LBW’s or no balls there will be in a match. Whatever you want to bet on, the chances are it’s a valid betting option somewhere. Because bitcoin sportsbetting has become a lot more mainstream in the past few years, bitcoin sportsbooks now offer all the same betting options as regular sportsbooks. Don’t take our word for it though – go see for yourself!