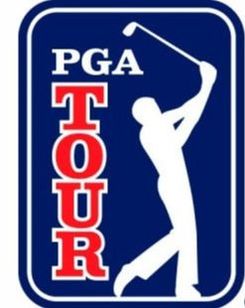 PGA Tour
Over the past few years, golf has become one of the most popular sports to bet on in North America, Europe, Austral and Asia. It’s not a sport that would appear to many as particularly compatible with betting. It lacks the explosive action and raucous atmosphere of other sports that many gamblers crave. But beneath golf’s austere surface lies a sport that can be extremely suspenseful if you are invested in it.

If you’re thinking about getting into golf betting, then you should consider betting with cryptocurrencies. Crypto's allow for much faster withdrawal speeds than regular currency does, often by a matter of days. Moreover, it allows its users to remain completely anonymous so you wager safely in countries where online sports betting and gambling in general has been banned.  While most golf friendly bookmakers like Nitrogen Sports and CloudBet only accept bitcoin, other sportsbooks like BetOnline and BetCoin, allow to wager on golf with Litecoin and Bitcoin Cash (BCH) also.
The Golf Majors

The men’s major golf championships, often just called the “majors”, are the biggest events of the golfing year. There are four majors each year: the Masters Tournament, held in April; the US Open, held in June; the Open Championship, held in July; and the PGA Championship, held in August. Other than the Open Championship, which is held in the UK and known as the British Open, all the majors are held in the US. Winning a major is a dream of any amateur or professional golfer. The most successful golfers have greater aspirations: to win a Career Grand Slam, which means winning all four majors at least once. It’s only ever been achieved by six men, of whom only Tiger Woods is still competing professionally today.

The next most important tournaments after the majors are the PGA Tour, the PGA European Tour, the LPGA Tour for women, and the PGA Tour Champions for seniors. Beneath these are an array of developmental tours, such as the Challenge Tour and the Web.com Tour, for players aspiring to compete in a PGA tour.

You can bet on how notable players will perform in any of the aforementioned tournaments. There’s a range of things you can bet on:


Alternatively, you can bet on individual matches, which are great for providing immediate excitement. Popular match bets include who will shoot the lowest score or if a player will shoot a hole-in-one. However, markets for match bets vary depending on the sportsbook. Luckily, because bitcoin has become increasingly accepted as a mainstream currency, dedicated bitcoin sportsbooks now offer a similar range of betting options as major sportsbooks.